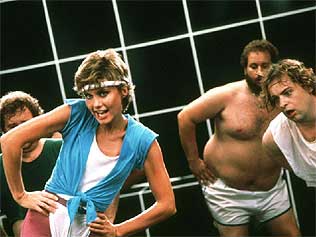 PEOPLE could be given tax breaks to walk to work, junk food could be banned from the workplace and cigarettes and alcohol would be dearer under a Government plan to get the nation healthy.

The recommendations were outlined in the Preventative Health Task Force's long-awaited report, released yesterday after being handed to the Government at the end of June.

New tax breaks worth up to $500 for parents who enrol children in sports were also proposed, while schoolchildren could be forced to do two hours of physical activity each week at school, the Daily Telegraph reported.

The task force proposed a series of sin taxes on alcohol, tobacco and junk food.  The price of a pack of cigarettes would rise by about $7 to $20 in a bid to slash smoking.

The task force wants to cut the proportion of the population smoking daily to just 10 per cent, halt the rise in overweight and obesity rates and reduce binge drinking to save almost a million lives by 2020.

There would be a "floor price" on alcohol, meaning a legislated minimum cost for all booze.

It wants tougher restrictions on the number of venues selling alcohol and their opening hours to combat binge drinking.

There would also be a requirement for restaurants to state the number of calories in dish on their menus.

The report called for tax incentives for public transport to mirror the breaks given towards car use.  It said the current fringe benefits tax regime encouraged maximum car use because the more kilometres travelled the greater the FBT benefit.

"There are no comparable financial incentives for people who use active transport modes such as public transport, walking and cycling," the report said. "Introduction of similar tax advantages would encourage and support increased physical activity."

The taskforce also took aim at Rudd government policies, such as planned cuts to the fuel excise under the Emissions Trading Scheme and financial support for car makers, The Australian reported.

It also called for tax breaks for gym membership but only if taxpayers produce gym attendance records showing they turned up to classes.

Treasurer Wayne Swan dismissed the recommendations as "simply a report" and said the Henry Tax Review would have the final say on any health tax changes.

Health Minister Nicola Roxon would not say which recommendations would be adopted.  "There's a great opportunity for workplaces to be much more heavily involved in looking after the health of their employees," she said.

- from the Daily Telegraph and The Australian