Sixty-five dual-function speed and red-light cameras will begin catching bad drivers across in a fortnight after a hard-hitting advertising campaign began yesterday.

Fifty-four cameras, which monitor traffic from all directions, will be in fixed locations, operating 24 hours a day. Another 11 will be rotated through 31 intersections around the state.

The advertisements feature a young driver who accelerates through a red light, crashes into another vehicle and ends up slumped over the steering wheel, dead.

Mr Haermeyer said tens of thousands of motorists would be caught every year unless they slowed down.

"All locations will have a sign advising that there are cameras operating at that intersection and so there's really no excuse for anybody to speed through those intersections," the minister said.

"You'd have to be an absolute imbecile to do it."

The 85 intersections selected for the cameras were based on accident statistics, Mr Haermeyer said.

A motorist captured on camera running a red light will receive a $200 fine and three demerit points. Those who speed through the intersection will also be fined and receive demerit points.

It's not just fines and demerit points we want people to think about. It's about causing serious injury and death, to other road users, to yourselves and to your family," Mr Haermeyer said.

Mr Haermeyer said that some people believed they could slow down while driving past a speed camera, and then speed up. "What we want them to do is assume there is a speed camera around every corner, that there's a speed camera on every road, at any time, anywhere throughout ," he said.

Acting Assistant Traffic Commissioner Bob Hastings said the cameras would be a vital tool to lower the road toll.

Mr Haermeyer said serious injury and death were more common after cross-traffic crashes. One in four fatal accidents over the past five years occurred at intersections.

Opposition transport spokesman Terry Mulder said he wanted assurances that the cameras were being installed at intersections that had high crash and fatality rates, and not placed simply to maximise fines and revenue.

RACV spokesman Michael Case said his organisation welcomed the program and believed intersections were potentially the most dangerous part of the road network.

But Mr Case said the revenue from the camera fines should be allocated to road safety initiatives. 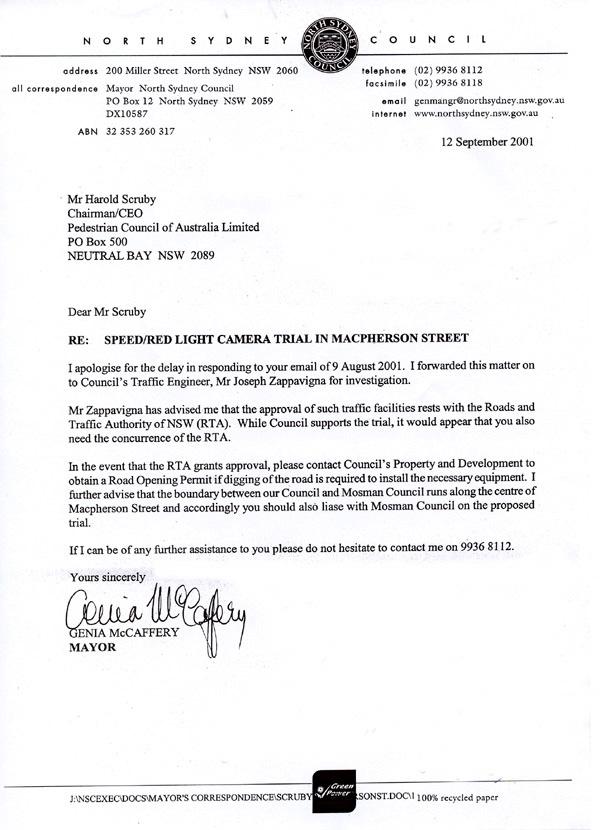